Christmas and games in the 70s 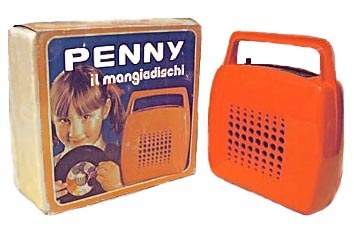 It’s almost Christmas dear Discolovers, and I love disco wants to take a dip in the past and try to remember the games we found under the tree in the distant 70s .

Today children are asking for the iPhone, the iPod, the charging for mobile phones, and many other technological inventions of the modern era. But those who, like me, were there in the 70s will remember that the Christmas requests of the time were very different.

I was born in 1971, so I remember the Christmas of the time and related gifts well.

One year came the Dolceforno, orange, which only for a few months amused me experimenting with recipes, may it be for this reason that I never learned to cook?!? Another time I found the legendary disc-eater, also the orange one (a very popular color in those years) and I spent days listening to the disc of the television series Mork & Mindy. But my real passion was Barbies, so how can we forget the ‘Heart Family’? Santa, mom and children all in Barbie version, and to say that my generation is the daughter of the divorce law !!!

And then the mythical ‘Barbie’s House’ certainly not the one of today that looks like a villa worthy of AD. Mine, like that of many other girls of the time, had an external lift, 3 double floors, and on each floor a room for my beloved playmates .
And then ‘Cicciobello’, I had both black and white, and every now and then my primitive maternal instinct was vented with them.

But having 2 older brothers I also remember the boy games : Big Jim, (all muscles but he was shorter than my Barbies) their endless games of Subbuteo with all possible and imaginable teams, the micronauts (those monsters with detachable parts thanks to magnets).

I could go on and on but it would get boring, so Discolovers tell us what games you found in the magical Christmas nights of the 70s .