Nutella: the myth that never sets 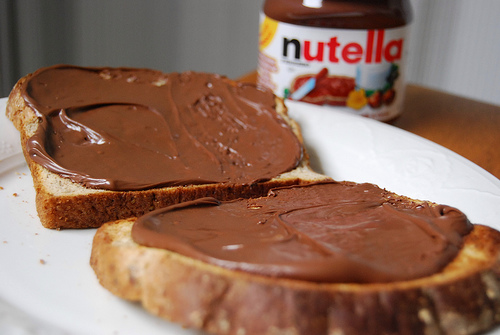 Born in the late 60s in Alba, Piedmont, it was in the 70s that it had its great commercial success! Let’s find out how one of the irresistible dreams of young and old was created!

The real Nutella, as we all know it today, was officially born in 1964, but its origins date back to the postwar period, in 1945, in the back room of the Ferrero pastry shop, in Alba in Piedmont thanks to Mr. Pietro Ferrero: who to soften the mixture consisting of hazelnuts, sugar and cocoa added coconut butter.

Initially, it consisted of soft loaves that were packaged with aluminum foil to be easily transported. It is said that one summer day the loaves melted giving the brilliant idea of the spreadable cream. And here we entered the legend!
Its first name was “Giandujot”, inspired by a classic of Piedmontese pastry. But the definitive turning point came as mentioned in 1964 with Pietro Ferrero’s son, Michele, who decided to perfect the formula by making it even softer and giving it a new name: Nutella. The choice of this name was not accidental, in fact: Nutella derives from “nut”, which in English means hazelnut, accompanied by

endorsement “she”, just to suggest its almost playful use. The graphics also proved successful: a large black “N” and all the rest of the writing in red. From that moment on and especially from the 70s his fame has never known moments of difficulty. It is a real myth of charm, taste, but above all of timeless success. For almost 50 years it has been popular with children but also adults of all ages. Books have been written about her (recipe books and more), songs and scenes from important films have been dedicated to her. How is it possible not to remember for example the delicious ‘Crepe’ or the ‘Rotolo con la Nutella’?
After all it’s really true … “What world would it be without Nutella?”