The Disco has a fever: Saturday night 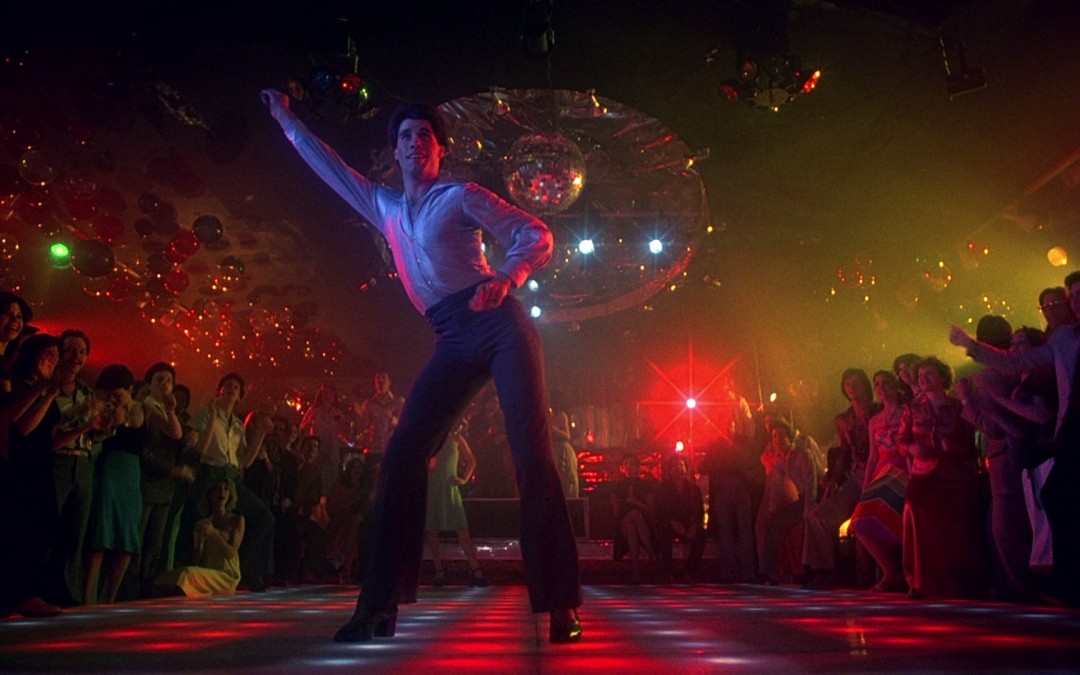 Which of us, “followers” of I Love Disco , hasn’t seen ‘Saturday Night Fever’ ? Who has never tried to dance to disco music like Tony Manero?

Released in December 1977 (the year disco mania exploded), the film was the greatest disco product of all time.

We all know the story:
Tony Manero (played by an extraordinary John Travolta), a Brooklyn boy trapped in a life without prospects, whose only joy is to go dancing on Saturday nights: youthful anger is the thread of the story. What perhaps not everyone knows is that it was a “ disco film” made for an absolutely non-disco audience (the film ends with a sort of condemnation of disco music ), just as the soundtrack was only partially “ disco ”.

A screenplay valid for every era and a charm capable of seducing a wide and varied audience: these are the keys to the enormous timeless success of the film shot by John Badham.
The Saturday Night Fever , using a cross-strategy of symbiosis between film and soundtrack, had a double impact: the film reached a $ 100 million profit, and the soundtrack (dominated by the Bee Gees falsetti) sold out, by the end of the year. end of the year, 30 million copies.
It was defined by many as a “lie film” because it was based on the story invented by an English journalist, Nik Cohn, who only years later told of having invaded it from scratch.
But even if Cohn’s story was a fake, there was an indisputable fact: the record had exploded like a bomb in the white ethnic communities of the New York neighborhoods.
So the film was a huge success, attracted a huge attention from the media on the disc and gave way to the commercialization of the phenomenon.

‘Saturday night fever’ in practice cleared the affirmation of the culture of discos , creating a sort of mass model, first in America and then in us, for them.
And it is precisely from this moment that nothing was the same as before for young people, the modern concept of disco was born, and nothing could stop it.