Dear Discolovers, what do you think if today we talk about 70s accessories? I would have thought of proposing the theme of hats! We often wore them at our “I Love Disco” parties! In the early 1970s the hat was widely in fashion.

So what were the hats like in the 70s? Certainly colorful and exaggerated, like all the fashion in that period of great turmoil. In fact, from the caps of the 60s we had passed to medium and large-sized hats. Often the brims were semi-sloping and wide, the so-called cloche. The absence of internal reinforcements gave the felt a certain mobility so that the brims oscillated in the movements of the head. But there were not only hats with large brims. Very popular were hats perhaps a little smaller but with strange shapes and almost without brim: like Indian hats. 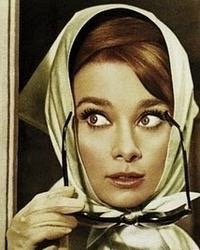 From hippy fashion came the forerunner of today’s bandana: a strip of fabric that wrapped around the head and hair. It was also often used only as a hair stop.
Towards the end of the 70s, the fashion of the cap was imposed among the younger girls: a real cap in elasticized material (similar in features to those used in the swimming pool). Now the fashion of hats is definitely back, but certainly not as prevalent as then, having lost all memory of the 70s hats, but do you remember them? Were you wearing them? I remember the scarves that my mother always kept around her head….